We are happy to report that the blessed brothers have met, had a tussle, and the Oak King has emerged victorious! The Holly King is off to enjoy a well-earned rest until the Summer Solstice. 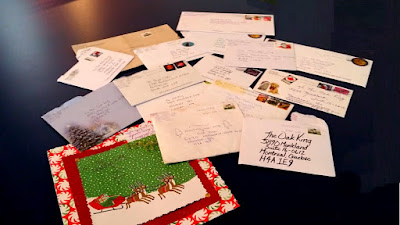 We have received 16 letters so far and we are confident there are more on the way. If you have not sent your letters to the Oak King yet, don't fret! You can still write to him now and well beyond the Winter Solstice and he will reply. Correspondence is one of his many sacred duties.

Hail the Oak King!
Posted by Solstice Dispatch Service at 11:49 AM No comments:


Posted by Solstice Dispatch Service at 8:38 PM No comments:

Email ThisBlogThis!Share to TwitterShare to FacebookShare to Pinterest
Labels: news 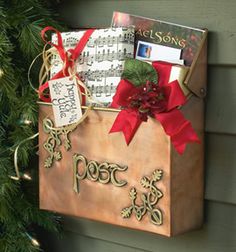 The arrival of the snow is a sure sign that the Winter Solstice is nigh, so the Holly King is preparing for his well-earned rest. The candles are burning just a bit brighter as the sunlight fades that much faster. The wheel turns and the time for a change is coming.

So the Solstice Dispatch Service is relaunching itself today! Last year, we received dozens of letters from across the globe from people who wanted to wish a happy Solstice to the Oak King and shared their hopes and dreams for the coming year!

Therefore, we are putting out another call for letters! Write to the Oak King and tell him of your hopes, dreams, and projects that you want to start or continue in the new year. Get it all down on paper and send it out for the Gods to hear, and the Oak King will write you back.

This service is open to all ages: babies, kids, young adults, experienced adults, elders, etc. If you need to be reminded about the magic of this season, write to the Oak King and receive a letter back.

This service is also International. As long as you can send us a letter, the Oak King will reply with a letter to anywhere in the world.

The Solstice Dispatch Service networks with many deities, so if you would rather address your mail to other figures who are more meaningful to you (last year, we received letters addressed to Odin!), feel free to do so. Our Postal Elves will ensure that your letters get to the right place.

You can send your correspondence to the Oak King at the following address. Be sure to include your own name and return address so that the Oak King can send back his reply.

The Postal Elves will be keeping this website going with any news, updates, and calls for missing socks!
Posted by Solstice Dispatch Service at 10:16 AM No comments:

The Return of the Holly King 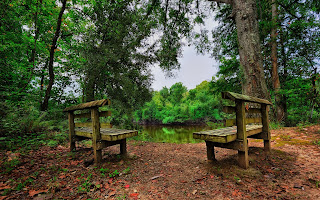 He was rested and he was ready. The warm sunlight washed over his skin and he smiled in this daylight that never seemed to end. Indeed, the longest day always held such promise for him. It was a day of new beginnings in the endless cycle of his existence.

He dressed quietly: cotton shirt, leather jerkin, loose fitting trousers. Comfortable, protective, but allowed for easy movement. He knew his opponent would be slower now, but that didn't mean he wasn't strong as an ox. Even a glancing blow would leave a mark that would haunt him for days, even weeks after.

The gnarled oak staff felt comfortable in his hand as he traced every ridge, every knot hole. This staff had been his steadfast companion for as long as he could remember. It was the extension of his will, it was the expression of his ferocity, but he always wielded with compassion. A man needed to be strong, but a king also needed to serve.

The Holly King shook off his reverie and strode forward with purpose. He almost danced down the stone steps and followed the path with a spring in his step. Everyone he passed tipped their hats, spoke words of encouragement, and he took it all in with a smile on his lips. Today would be a good day. Today would be a victory.

The glade of trees towered over him as he walked in their shadow. The sounds of the town and all the people drifted away, replaced by whispering breezes and the skittering of unseen animals in the underbrush. The path was clear, but rough. The Holly King knew it well through, and even through there were new branches in the way and the odd log blocking the path, he made good time.

But suddenly, he heard something. It was a new sound, a foreign sound, something that was out-of-place for this sacred grove. He stopped suddenly and listened, the hand gripping the oak staff. There it was again! It sounded like the cry of a wounded animal, but unlike any creature he knew. He closed his eyes and imagine the grove, listening for the sound and locating it on his mind map. He broke into a sprint, confident that he was headed in the right direction. He broke through the underbrush, stumbling over an unseen root and found himself in the sacred grove.

The grove was wide and circular, ringed by trees and underbrush. The grass was lush, but trimmed and small, white flowers dotted the landscape. In the center of the grove was a small bonfire and two benches. A man sat slumped over one of the benches, his head in his hands as he sobbed. A swell of pity rose in the Holly King's chest, but also confusion swirled in his mind. Who was this man and how could he have found this grove? It was protected by the ancient magics so that only the brothers Oak and Holly could find it. The Holly King quietly sat on one of the benches facing the man and waited for a few minutes, but the man did not look up. The Holly King cleared his throat and tapped his oak staff on the flagstones beneath his feet.

"Yes, I know you're there, my brother," said the Oak King, clearing his throat. He sat up and wiped his eyes. The Holly King was taken aback for a moment: his brother look haggard, road-weary. At this time of year, the elder Oak King would carry the evidence of age and wisdom in his countenance, this was the first time he looked in his brother's eyes and did not see the green fire of his youth and vitality.

"My brother," the Holly King whispered, laying his oak staff on the ground at his feet. "What ails you so?"

"I have failed the people," his voice broken with emotion. He rested his elbows on his knees, his shoulders heavy and tired.

"Not true, not true! This is folly," replied the Holly King, shaking his head. "I have seen the people and times are good and the people are content with their lives."

"You have been away too long, my Lord. This is supposed to be the high point of the year where the people can come together with joy, with love, to celebrate family, friends, and life." The Oak King removed his crown and examined it carefully, his fingers tracing each jewel, each contour. "The sun is highest in the sky and this the longest day, which is supposed to fill the people with hope for a strong future. And yet, I feel their hope fading, their joy diminished."

"This is the natural order of the world, of life!" the Holly King replied, trying to be reassuring. "There a good times and there are bad times. Life is never perfect, never without its flaws."

"Blood flows in the streets!" cried the Oak King. He threw the crown to the ground and gripped the bench with both hands. "Fear is over-taking the world, and when that happens, the people turn on each other. Love is abandoned, greed over-powers the mind, and desperation rules the will of the people. I was supposed to lead them to joy and prosperity, but despair, intolerance, and violence threatens to wash them all away in a crimson tide! I have failed them!"

The two men sat across from each other in silence. Dark clouds formed over them, a light rain darkened their clothing and it masked the fact that both men wept. The Holly King stood up, stepped over his oak staff, picked up the crown, and placed his own bench. "Move over," his whispered and his brother shifted over to make room for him. The Holly King sat and gently placed his arm across his brother's shoulders and embraced him.

"Could we not have this battle today," the Oak King said softly, hanging his head, avoiding the other's eyes. "With everything I've seen in the past months, I cannot fathom adding more violence to this world, even symbolically. The thought of raising a hand against you is more than I can bear."

"Of course. You have earned your rest. My Lord, let me be your guide, your humble servant. It is time for you to rest."

The Oak King rose from his seat, one gnarled hand gripping his brother's shoulder. The Holly King understood and stayed seated. The Oak King picked up crown and placed it gently on the other man's head. He picked up the oak staff and said "Rise Holly King. After this day, the light will fall. The days will shorten and the nights will lengthen. May be the people find wisdom in the darkness you bring."

The Holly King rose and both men held the oak staff. "I will lead the people to hope once again. The darkness has always been a healer, and a time of rest and reflection. By the time the Winter Solstice arrives, I promise you that the people will once again be refreshed and ready for the light that you bring."

The two men watched as the sun dipped low in the sky, the clouds layering the horizon in blankets of orange, pink, and white. Just as the sun melted from view, the two men disappeared.

Happy Summer Solstice! The Holly King now rules until the Winter Solstice and the days will darken once again. The Holly King awaits your correspondence, but he fears that his brother may be right. When writing to the Holly King, tell him what gives you hope. What keeps your flame alive in these dark days? How do you plan to share that light with others? Let the Holly King know that you support his reign and let him know how he can better serve you. He waits for your good word, and he will write back to you!

Posted by Solstice Dispatch Service at 6:17 AM No comments:

The Vernal Equinox is nigh!

We are quickly coming upon the Vernal Equinox, heralding the coming of Spring! In just under 4 months, I will be facing my brother the Holly King again. I hope he will be well-rested!

To mark this occasion, I am putting out a call for postcards! Send me a postcard that exemplifies the beauty of this season in your corner of this world. Tell me how you feel about Spring and what you will be doing to celebrate the turning of the Wheel.

And in turn, I will write a postcard back to you from our Royal Dispatch Service. As always, send your postcards to: 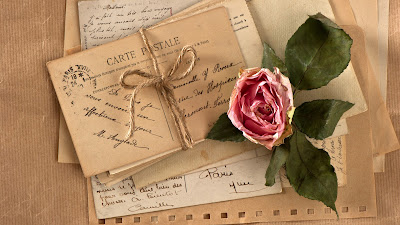 Posted by Solstice Dispatch Service at 12:15 PM No comments: 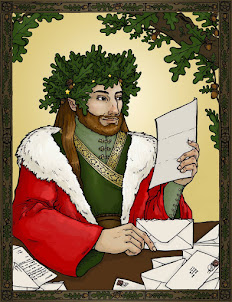 About the Solstice Dispatch Service

Happy Solstice! What are your hopes and dreams for the coming Solstice? Is there anything you would like to say to the Kings of the Solstices?